As world leaders delay over climate change, Sheffield groups are ‘getting on with it’

This week country representatives debate a global agreement to cut carbon emissions at the UN Climate Change Conference in Durban, South Africa. Unwilling to await their decision, Sheffield groups are calling for voters to help them tackle climate change today.

The two groups have made it into the final stage of the EnergyShare Launch Fund, run by British Gas and celebrity chef Hugh Fearnley-Whittingstall’s environmental organisation River Cottage.

Public voting ends at 5pm this Saturday and the two groups only need to beat one other scheme to win their categories. They are calling for everybody to vote online today.

The Millhouses mill buildings project, run by Friends of Millhouses Park, is transforming the oldest water mill site in the city into a sustainable community centre. The group have already raised £68,000 towards refurbishing the historic 13th century corn mill in Millhouses Park. If they win, the buildings will be fitted with solar panels, insulation and a ground source heat pump, which will save over .5 tonnes of carbon dioxide per year. 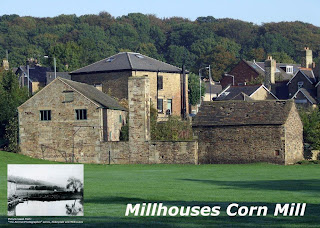 Jane Hunter, executive committee member of Friends of Millhouses Park, said: “It’s all about awareness raising; micro-generation can make a big contribution to the total energy mix.” Jane believes that by installing renewable energy in community buildings they are providing concrete examples of how people can create their own energy.

Sheffield Renewables, a volunteer-led social enterprise, has already raised over £65,000 towards Jordan Dam, a hydro-electricity project on the River Don, near Meadowhall. The group have been granted planning permission to install a modern Archimedes screw at Jordan Dam. This community owned waterpower scheme would generate enough electricity for 80 typical family homes, saving 170 tonnes of carbon dioxide each year.


“We want people to feel empowered about tackling climate change, we’re all about getting things done on the ground, so that people can see what is possible and start spreading ideas” said Miss Cariad Thomas-Cooke, project officer for Sheffield Renewables.

Megg Munn, MP for Sheffield Heeley said: “This project is a great example of how local organisations can work with local people to make a real difference to our environment. I’ve already voted for it- and want to give the Sheffield Renewables team my full support for this project.”

Voting is open until 5pm, Saturday 3rd December, to vote log on to http://www.energyshare.com/voting/

Marishka Van Steenbergen
I am a Multimedia Web Journalist, enthusiastic rock climber, lover of nature and all things cultural. My particular interest is human rights and community issues. I have developed a local website www.sheffieldunchained.co.uk about independent people, places and organisations in Sheffield. I have also created a website www.unheardvoices.org.uk: Unheard Voices aims firstly to give a voice to asylum seekers and refugees by telling their stories through film, audio and images. Allowing readers to see them as real people, with real experiences. Unheard Voices aims secondly to take an honest look at the facts, issues and statistics. Allowing readers to make an informed judgement on the issues surrounding asylum in the UK. I also write for the Guardian, Guardian Northerner and Culture Vulture website amongst other publications.